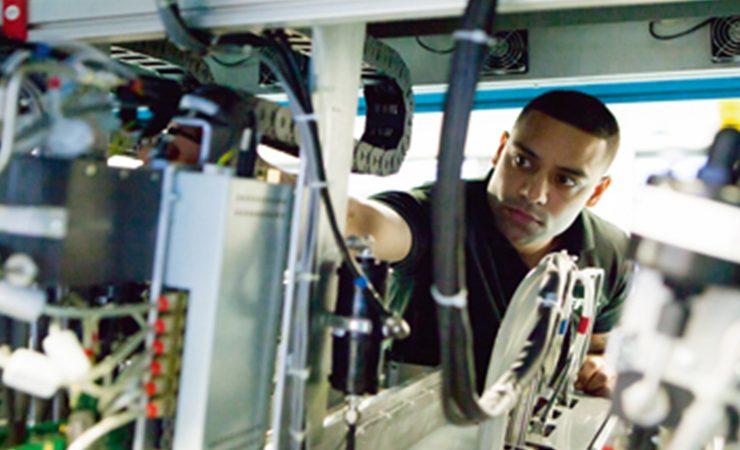 The issues today are as relevant to prospective male engineers as they are to their female counterparts, according to Cleveland Bridge

As it heads towards a milestone anniversary, UK manufacturer Edale has used the recent Labelexpo Europe 2019 trade show to make clear its commitment to the environment by having no running machinery on its stand for the duration of the event.

Established in 1945, 2020 marks Edale’s 75th anniversary, during which time it has built a reputation as an engineering firm with expertise in all aspects of the printing process, and beyond. Whilst the company is recognised as a manufacturer of narrow and mid web flexographic presses, Edale is also heavily involved in the digital printing industry as an integration partner. Its web transport know-how is utilised by the inkjet industry, for example, to ensure this growing digital printing technology can and is able to achieve ever-faster speeds and greater print quality.

As well as ingrained technical expertise, the company is also rising to the challenge of environmental concerns.

This includes using LED curing on the latest flexo demonstration press installed in its showroom, and repurposing wooden shipping containers for its equipment into workbenches and furniture. Edale presses shipped in 2020 will include ‘Ikea style’ drawings, detailing how to convert the packing cases into a workbench to complement its quick-change die-cutting system. Regarding the installation of LED curing, Edale said the use of such technology from its chosen partner has shown that a power saving above 90% can be achieved over conventional UV arc systems, which results in a 75% overall power saving when taking the press and curing into account.

James Boughton, Edale managing director, said, ‘Power is a major concern and will only get worse as the years pass by; power will not get cheaper it will only get more expensive.’

In a move to further its environmental credentials, Edale had no running press on its stand at the recent Labelexpo Europe 2019. Rather, it presented a deconstructed press with individual modules on display. With this decision, Edale claimed it saved more than 10,000kg of waste that would otherwise have been destined for landfill without fulfilling any purpose. When extrapolated across the top 10 press manufacturers at the show, with each of these running two machines, a total of 200,000kg of waste is created, Edale identified. A by-product of having no running machinery on its stand was that it saved enough energy equivalent to running an average household for 50 days.

Mr Boughton explained, ‘Labelexpo is an exhibition based around label printing and converting, and quite honestly as a manufacturer of printing presses if you cannot print you should not even be there. The Edale FL range has been producing award-winning print quality for over 10 years so our printing capability has never been in question.

‘The bigger issue in the market today is how to reduce the unnecessary waste. Whilst 75 years old, Edale has quite a young management team and the environmental issues discussed on a daily basis are something we feel strongly about and want to help by reducing our own environmental impact, albeit in a small way.’

With regard to running presses at a show such as Labelexpo, Mr Boughton continued, ‘This waste is produced unnecessarily in our opinion and is only produced in the pursuit of profit with total disregard for the environment. As a company we want to be ‘green’. We are constantly using technology in our presses to reduce waste on set-up, by having the EZ Reg autonomous registration system along with the EZ Die quick-change die station waste is taken away from the operator’s control allowing for consistent and low waste figures.’

He concluded, ‘Going green is not easy and will take time for a company like Edale, however there is a common misunderstanding that going ‘green’ impedes business performance. This is not true, because our decision not to print waste at the show did not affect the number of leads generated and 2020 looks set to match the record growth and sales to be achieved in 2019, perhaps not something all analogue press manufacturers can claim.’ 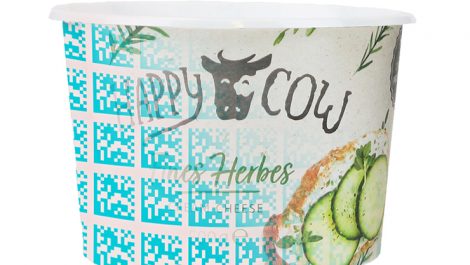 Sun Chemical signs up to HolyGrail 2.0 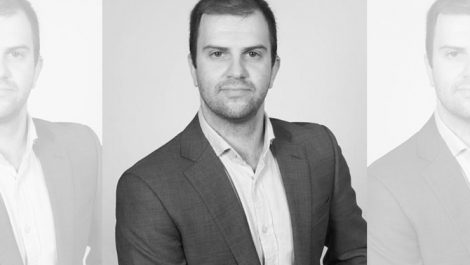