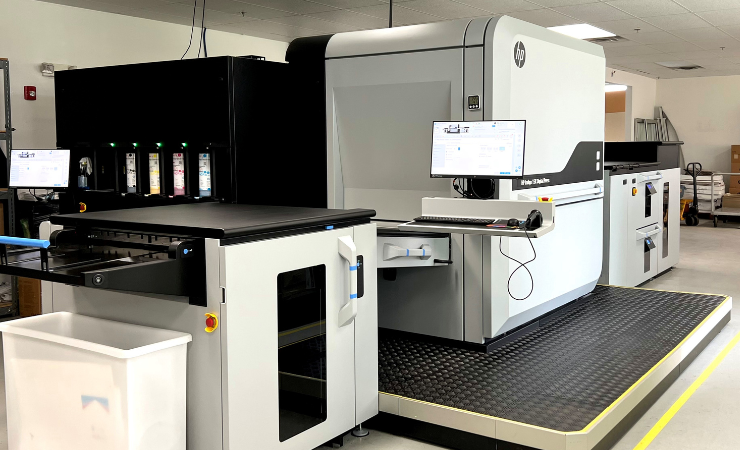 Integrated graphics company DCC has invested in an HP Indigo 15K digital press to add to its existing fleet of presses.

The company, with locations in both New York and New Jersey, ventured into packaging since the beginning of the pandemic. The HP Indigo 15K digital press is equipped with a thick substrate kit allowing the press to process up to 24pt media, which is a thick stock that can be used for packaging and other applications.

Beginning as a boutique retoucher in 1987, the company serves major retailers such as jewellers, clothing companies, hotels, nonprofits, and pharmaceuticals. The company’s services include creative photography, pre-media services, retouching, production of print pieces such as brochures and large format graphics.

DCC founder Steve Pandolfi said, ‘We have had success over the years with HP’s digital presses and it has allowed us to invest on our fourth Indigo press. This press gives us more flexibility with the widest colour gamut and it allows us to print on 50lb text paper up to 24pt board most commonly used for packaging.’

Kirk McLean, general manager at Americas HP Indigo, said, ‘With this new HP Indigo 15K digital press, they’re well-equipped to expand their packaging business and we look forward to seeing them continue to achieve new milestones and deliver for the industries they serve.’