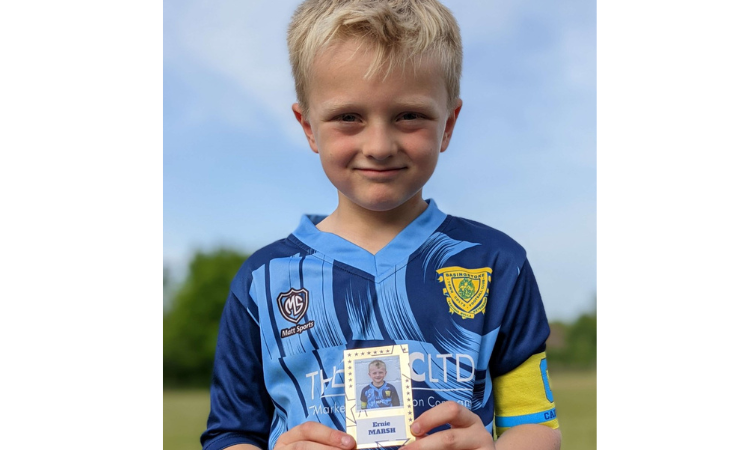 While most young footie fans will be searching for England players this year, one team of Under-7s in Hampshire has a new prize card

Basingstoke Colts Under-7s received a gold-foiled shiny sticker of themselves to mark the end of their first season.

Each player was given a souvenir sticker book which included pictures of the team, coaches and supporters.

They were also gifted player stickers and personalised trading cards.

Paul Marsh, assistant manager for the team and director of printing firm THEMPC and The Packaging Experts, came up with the idea after thinking about his own love of renowned Panini World Cup sticker books.

‘Who knows, maybe some of our players will join the England squad in future and these cards will become highly sought after. For now, we’re just happy they’ve brought some extra fun to the end of a fantastic first season.’

The young players also received several copies of their own personal football card, featuring a serious photo on one side, and a silly photo on the other.

They could trade with team mates to collect the whole team, as well as share with family and friends as a memento.