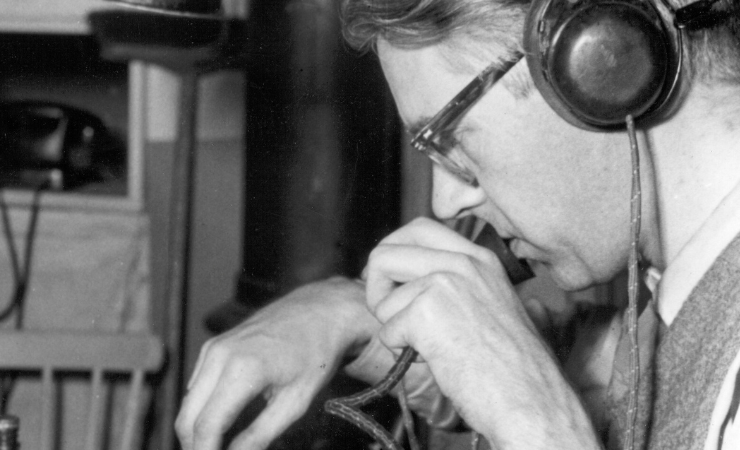 With 2022 marking the 100th anniversary of Verner Eisby’s birth, Nick Coombes sits down with his sons to discuss the company their father created and his legacy.

Nick Coombes (NC): Take me back to the very beginning:

Jan Eisby (JE): Verner had always had an interest in things electrical. At school he and his friend Tage were building amplifiers and speakers to take to teenage parties, and this subsequently developed into “ship to shore” two-way communication technology, which was a hot topic at the time. In fact, that’s where the company name comes from- “Ve” from Verner, “Ta” from Tage and “phone” from phonics – hence Vetaphone.

NC: How did that have a relevance to the packaging industry?

Frank Eisby (FE): The years after the Second World War saw the advent of plastic materials in packaging, and brand owners were keen to have their products displayed in bright colours on this new material. This was especially true in the food industry, where the extra shelf-life that plastic packaging offered was a significant advantage. It was, I suppose, the early days of best before and sell by labelling that is common on food packaging today.

NC: How did Verner become involved?

JE: It was a chance meeting with a printer who was having difficulty getting the ink to adhere securely to this new plastic material without smudging on contact. He asked Verner for help, and after testing the ink and material in his small home workshop, he found that it all related to incompatible surface energy between the liquid and the solid.

NC: And this went on to become corona treatment?

FE: To cut a long story short, yes it did. Verner found that by passing an electric discharge over the plastic at close range he could change the molecular structure of the surface and improve adhesion. There is much more to that story than we can go into here, but fundamentally what he was doing back in 1951 is what we, and all other corona manufacturers, are doing today. And it all started on his work bench.

JE: Chaotic Dad was an inventor and Mum tried to manage the finances as well as bring up two boys. They worked all hours, and we travelled extensively trying to explain and convince a sceptical market that the technology really worked, even if it was difficult to explain how. Family holidays were based around a tour of potential customers and Verner spent many years visiting universities and institutes discussing his newly developed process. Frank and I saw a lot of Europe in those days, and it was a great educational experience for two youngsters.

FE: He was passionate about most things scientific – always keen to know how things worked and find ways to improve them. His interests included designing sophisticated communication systems for the Danish fishing fleet, to developing automated watering systems for greenhouses – he was a boffin. His background was electrical engineering and the transmission of power. This is what gave him the knowledge to develop a system that applied an electric discharge at close range to a potentially flammable substance – heat and plastic don’t mix well. What Verner did was learn how to control the power generation via the transformer, and 70 years on it’s what we do today but with 21st Century electronics.

NC: How did he get into manufacturing?

JE: He was already manufacturing radios and two-way radios for the local fire department, so after coming up with corona treatment invention he produced them side by side. But demand for treatment systems was overwhelming, so the production of radios soon stopped. In the mid 60’s he moved the business to our current location, initially renting part of a factory but soon taking it over completely. Vetaphone was still a small company but was beginning to make its mark in the world and by careful recruitment of sales and production personnel Verner could continue to focus on R&D, which in a market that was changing rapidly with improved living standards and improved transportation, was an essential for company growth.

NC: How did the company grow?

FE: When I re-joined in the mid 1980s, I could see huge potential for growing the business in various markets but only by improving the organisation of production and sales. I also have an electronics background so could help to improve efficiency and act as a technical salesman for the company. It was the period when technology moved from valves to transistors, and Vetaphone was the first company to supply solid-state power generators, and later high-power units that were modular to allow different functionality and improved reliability.

NC: What was driving this growth?

JE: Verner was always pushing for greater integration of Vetaphone technology. He wanted our equipment to be viewed more as an intrinsic component of the production line rather than as an ancillary. We have continued this ethos by developing and bringing machines to the market that have minimal negative impact on production and resources. Our aim is single person operation of the entire production line, and you can only achieve this by integrating technology so that it improves reliability and increases output.

NC: What have been the major milestones along the way?

FE: Creating the electrical discharge reliably was key to the concept becoming a practical reality. Verner’s lifelong quest was to understand what he called ‘E-Norm’, but we know now as the ‘watt/density’ or ‘corona dose’ required to achieve the desired result. Once he’d mastered the technique, he had to sell it as a commercially viable process and continue to refine and develop its efficiency. In many ways, nothing has changed – we continue to invest heavily in R&D to allow the new complex substrates to match the packaging requirements demanded by today’s brand owners. It’s definitely a market where demand drives the technology.

NC: How do you think Verner would like to be remembered?

JE: To know that he is acknowledged as “The Godfather” of surface treatment would both delight and amuse him – he was passionate about what he did, but very much a backroom scientist not an upfront salesman. That he pioneered an industry and founded what has become a world-leading company is, we think, a very satisfactory epitaph for him.

NC: And what would he think of Vetaphone and the surface treatment market today?

FE: We hope and believe he’d be very proud of how we have continued and developed his legacy. To be acknowledged as a world leading company is way beyond his imagination when he started back in 1951, and he’d be fascinated by how electronics and computer technology has been applied to basic science. Today’s market is highly complex both in terms of the materials being used and the applications they are required to fulfil – without his inquisitive nature and passion for invention, the packaging market as we know it today could have been so different.’ 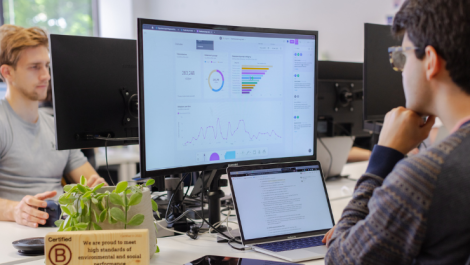 Be wise to your emissions 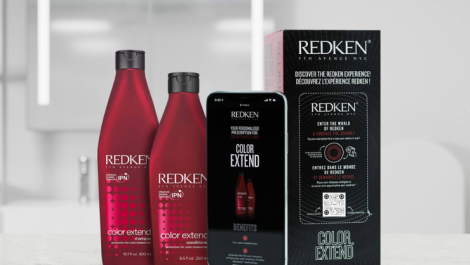 What’s happening in the world of smart packaging? 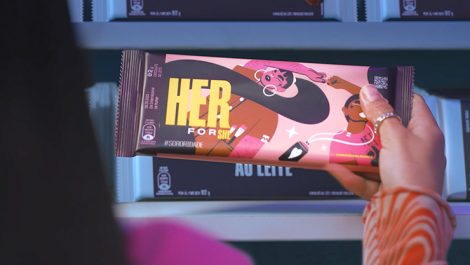 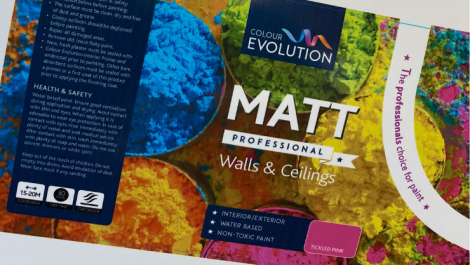 State of the nations (part one)