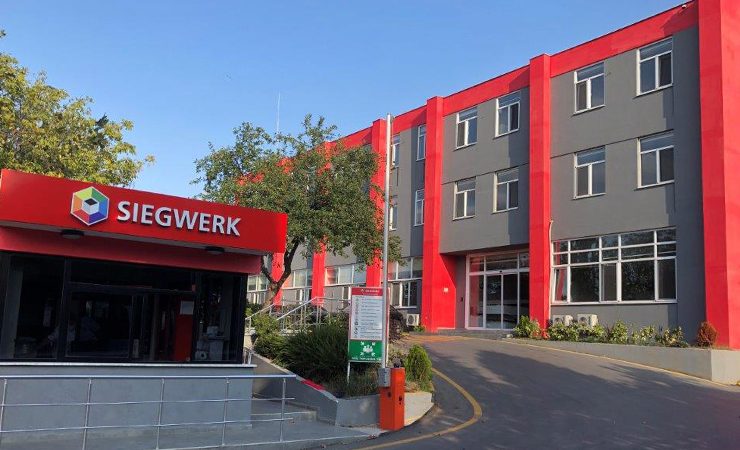 Alongside producing solvent-based inks and varnishes, the site in Tuzla distributes the company’s sheet-fed and narrow web products to customers in Turkey, Egypt, the Middle East, the Caucasus, and Central Asia, as well as serving Siegwerk’s entities in Nigeria and South Africa

Printing ink provider Siegwerk has completed a significant investment project at its site in Tuzla, Turkey, paving the way for further growth.

The reconstruction of the Siegwerk Turkey site near Istanbul, which is one of the company’s 16 centres of excellence worldwide, has improved both efficiency and safety at its regional headquarters, and increased production and storage capacities that will enable the company to further grow and strengthen its market position in the region.

The investment project focused on safety requirements and storage expansion involving several architectural, mechanical, electrical and fire safety work streams. For example, the ventilation system in the production area has been renewed to better meet the needs of solvent emission, full automatic filling and weighing lines have been established, grinders and mixers have been renewed, and areas have been better equipped against natural events like earthquakes or thunderstorms.

Redesign activities at the site in Tuzla have increased the per hour output by 20% to a total production capacity of 20,000 tons, and has created 20 additional jobs bringing the total number of employees to 130 at the site. The warehouse has also been redesigned, going from three floors to a one-storey building with a nine-level rack system that has doubled the storage capacity of pallets. Upgraded solvent tanks have increased storage capacity by 150% and have been better connected to the production area to further increase efficiency and safety.

Mustafa Güler, managing director, Turkey and Middle East at Siegwerk, commented, ‘With the completion of the project, we have now upgraded the site in accordance with all recent legal requirements for fire and work safety and have increased our warehouse capacity in order to pave the way for future growth.’

Mr Güler, who is also vice president, EMEA, Sheetfed at Siegwerk, added, ‘We have even mastered the challenge to build a state-of-the-art facility that meets the highest safety standards without stopping operations for just one single day. This is a huge milestone for our team.’

Alongside producing solvent-based inks and varnishes, the site in Tuzla distributes the company’s sheet-fed and narrow web products to customers in Turkey, Egypt, the Middle East, the Caucasus, and Central Asia, as well as serving Siegwerk’s entities in Nigeria and South Africa.

Siegwerk Turkey has concluded a rental agreement for a new plant at the neighbouring property that is currently under constructions, adding another 4000sqm of building and enabling the company to double the size of its site and further support its future growth. Going forward, Siegwerk Turkey plans to further invest in digitalisation of production and a simpler connection of production equipment and internal IT systems like SAP.